Quito, Ecuador from INCA on Vimeo. 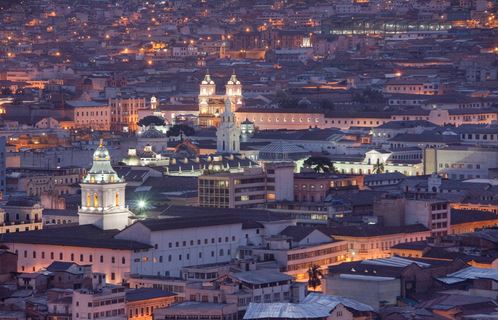 Quito is in the center of the world. Latitude 0′ 0′ 0′. It is the capital of Ecuador and the population is around 2,570.200 people. It is the second most populated city in Ecuador. It was founded in 1534 by Spain over Incan and pre-Incan cities.

San Francisco de Quito or Quito as we know it is the capital city of Ecuador. The elevation of the Quito is 2,800 meters (9,200ft). It is the second-highest administrative capital city in the world (after La Paz, Bolivia).

Quito was also named as one of the first World Cultural Heritage Sites by UNESCO in 1978.

This beautiful historic city in the Americas has a beautiful mixture of old colonial and modern buildings. Quito is a vibrant city. 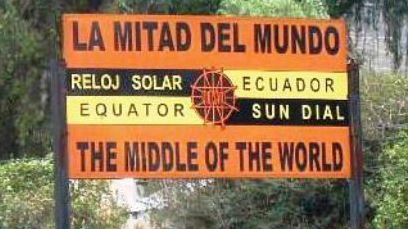 Ecuador is steeped in rich history, certainly by comparison with Australia. The capital, Quito, was the initial focus of the country’s eventual road to independence.

Quito’s origins date back to the first millennium, when the Quitu tribe occupied the area and eventually formed a commercial center. The Quitu were subsequently conquered by the Caras, who founded the Kingdom of Quito about 980 AD.

Centuries later, Caras and their allies were narrowly defeated in 1462 by an army of 250,000 led by Túpac Inca, the son of the Emperor of the Incas. The Kingdom of Quito then became integrated into the Incan Empire.

In 1534, the Caras/Quitu people were conquered by the Spanish. This was part of Spain’s colonial expansion which had started in 1492 when Christopher Columbus discovered the Americas, and lasted over 400 years until 1898.

The Spanish colonization of America was the exploration, conquest, settlement and political rule over much of the western hemisphere by the Spanish Empire. It was initiated by the Spanish conquistadors and developed by the Monarchy of Spain through its administrators and missionaries. The motivations for colonial expansion were trade and the spread of the Christian faith through indigenous conversions.

Indigenous resistance to the Spanish invasion continued during 1534. Santiago de Quito (in present day Cola, near Riobamba) was founded on August 15, 1534 and later renamed San Francisco de Quito on August 28, 1534. The city subsequently moved to its present location and was re-founded on 6 December 1534 by 204 settlers led by the Spanish leader Sebastian de Benalcazar. He had captured the Incan warrior Ruminahui and effectively ended any organized resistance.

On August 10, 1809 and after nearly 300 years of Spanish colonization, a movement was started in Quito that aimed for political independence from Spain. This is the day that is celebrated as Independence Day. However, this initial movement was ultimately defeated on August 2, 1810, when Imperial troops came from Peru, and killed the leaders of the uprising along with about 200 inhabitants of the city.

A chain of conflicts concluded in 1822, when Antonio Jose de Sucre, under the command of Simón Bolívar, led troops into the Battle of Pichincha (24th May 1822). Their victory marked the independence of Quito and the surrounding areas.

Simón Bolívar remains regarded in Hispanic America as a hero, visionary, revolutionary, and liberator. During his lifetime, he led Bolivia, Colombia, Peru, Ecuador Panama, and Venezuela to independence, and helped lay the foundations for democratic ideology in much of Hispanic America.

Just days after the Battle of Pichincha, on May 24, 1822, the leaders of the city proclaimed their independence and allowed the city to be annexed to the Republic of Gran Colombia. Simón Bolívar went to Quito on June 16, 1822, and was present at the signing of the Colombian Constitution on June 24, 1822. When the Gran Colombia dissolved in 1830, Quito became the capital of the newly formed Republic of Ecuador.

Quito celebrates for the whole month of August and especially on August the 10th. You will see many references to “10 de Agosto” around the city.

The city is often referred to as the middle of the world. You can visit the equatorial line which crosses this country just north of the capital city. It may also be another destination for those of you thinking of retiring to Ecuador.

The team at Experience Ecuador will be able to help you make the transition to Quito a pleasant one. They are able to offer their services as bi-lingual translators to help you with details such as, banking, doctors, finding suitable rentals, real estate, buying furniture, connecting TV and internet services and much more.

Also check out these links