An up and coming expat destination
by Gary Kesinger 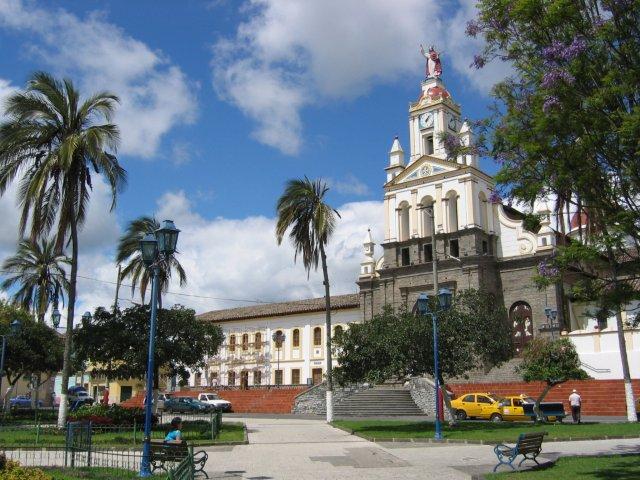 Cotacachi, Ecuador is a town on the move. While a few years ago, it was a little-known village that catered to tourists intent on buying leather products, it is now becoming a popular destination for retirees and others searching for a low cost place to live. The year-round spring like climate and mountain scenery are attracting expats from around the world.

The changes can be seen everywhere. As little as three years ago, there were only a handful of full-time foreign residents. Now, expat-owned restaurants are opening that serve everything from meatloaf to fried chicken and French fries. Gated housing developments are springing up all around town. Social clubs are forming in the expat community around topics ranging from card games to Bible study.

At this year’s Fiesta de la Jora celebration, the expat population was represented by participating in the parade and manning a food booth where dishes representing the various regions of North America were contributed by the foreign residents. The proceeds were donated to Project Hope, a nonprofit organization created by an American and dedicated to helping school children in the Cotacachi area.

Local youth soccer teams have been sponsored allowing them to purchase uniforms and participate in tournaments. The Amici Cannis (Friends of the Dog) Foundation has been formed by an American with the purpose of rescuing, healing, rehabilitating and adopting-out street dogs of the city and canton of Cotacachi.

The influx of foreigners to this town brings both positives and negatives, and the local government is working with the expat population to make the integration as smooth as possible. The government of Cotacachi is committed to assimilating the various communities and creating a multicultural city. Because of the many reasons to move to Cotacachi, Ecuador, it is certain that the continuing influx of foreigners will bring many challenges and opportunities to this once sleepy Andean town.