by
Josh from Viva Tropical

Sitting on the northwest coast of Latin America, Ecuador is a gem of a country that has a lot to offer for expats and tourists alike. The country sits right on the equator, which means that the Ecuador climate benefits from a glorious twelve hours of daily sunshine all year round.

Ecuador has a large coastal area, which means that you can expect to see a plethora of stunning beaches and clear waters. The country is also home to two chains of the Andes Mountains and a large area of rainforest, which adds a whole extra dimension to the country’s scenery.

If the sunshine and the scenery aren’t enough to tempt you, what about the cost of living? Ecuador has been named as one of the cheapest countries in the world to live in. If you are thinking about retiring to this part of Latin America, this is brilliant news. It’s estimated that a couple can live very comfortably in Ecuador for less than $2,000 per month.

If you’re deciding which part of Ecuador to visit, either short- or long-term, you’d be wise to make climate part of your decision process. The Ecuador climate is made up of a number of distinct micro climates that separate into four main zones:

Which of these four zones you choose to visit will have a big impact on what your Ecuadorian trip will look like; as well as how you’ll cope with the weather! 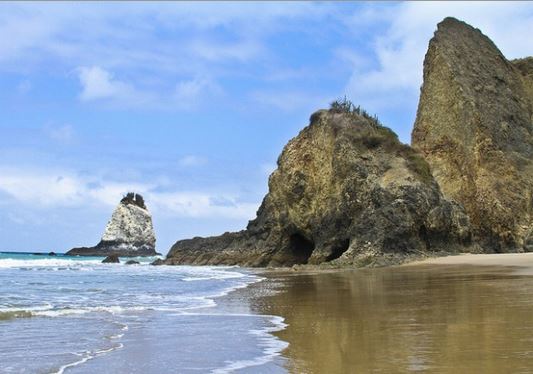 The area along the coast of Ecuador is referred to as La Costa, or the coastal lowlands. The coast borders onto the Pacific Ocean, and is very beautiful. A particularly great thing about Ecuador’s coastal region is its variety.

If you are looking for beach towns with great night life and varied activities, you have plenty to choose from. Equally, if you’d rather visit a quiet area with unspoilt beaches, Ecuador can offer that too.

It’s in this coastal region of Ecuador that the country’s biggest city is based. Guayaquil is a sea port with a population of around 2.35 million people, which makes it the most populated area in the country. Guayquil is a popular area with tourists, as the heat and the proximity to the coast give it a relaxed, almost Caribbean feel. The city has undergone a great deal of development in recent years, and it now boasts some new parks and museums.

As far as the weather goes, things can get a little hot and humid in the coastal area of Ecuador! Here, the weather is about what you probably expect from the Ecuador climate: truly tropical with temperatures usually between 80 and 90 degrees Fahrenheit. There is a rainy season in this region, which occurs between December and April. During this time, you should expect torrential downpours to disrupt your day! 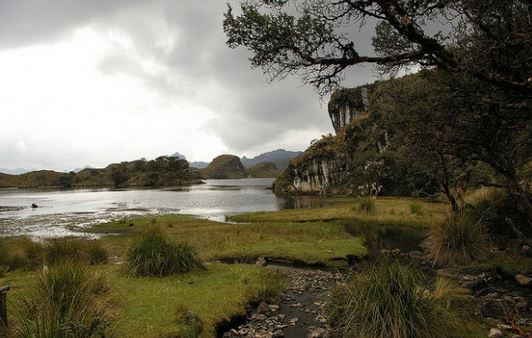 La Sierra, or the highlands of Ecuador, are situated in the centre of the country. It’s here that you’ll find the two chains of parallel Andes mountains. There are some famous sites to see here, including Chimborazo, which is the highest mountain in the region and an extinct volcano, and Cotopaxi, which has the honor of being the second highest active volcano in the world.

This region of Ecuador has a much cooler climate than other parts of the country. This is due to the altitude of the mountains. You may be interested to know that the snowline in the Ecuadorian mountains is at about 5,000m, which is lower than the snowline in nearby Bolivia and Peru. In other words, if you’re planning a mountain climbing trip: you’ll need to pack some serious cold weather gear!

Ecuador’s capital city of Quito sits in this region, at 9,350 feet above sea level! In fact, Quito is the highest capital city in the world to house the administrative, judicial and legislative functions of its country. The historic center of the city is extremely well-preserved, and many tourists make the trek up to Quito to see it every year. Another draw of the area is a museum and monument that mark the location of the equator, which is known locally as la mitad del mundo, or “the middle of the world.”

Beyond the Andes mountain ranges sits El Oriente, the Amazon region. This lowland rainforest is tropical, and very low lying. This area is made up mainly of wilderness, and much of the area is virtually unexplored. El Oriente is estimated to account for almost half of Ecuador’s land mass, but only around 5% of the country’s population live here.

Despite this, tourism has risen dramatically in this region over recent years. The many rivers in the region are perfect for kayaking and rafting, and as such the area tends to attract some of the more adventurous of Ecuador’s visitors!

The wildlife in El Oriente is another draw for tourists. The variety of birds that live in this region is incredible, and there are many tours and trips that will help you get a glance at them.

This area has the sort of climate you would expect for an equatorial region. It is hot and humid with steady rainfall throughout the year. In fact, it rains during most months here, though it is usually a bit drier in August, December, January, February and March. Just like in the coastal regions, temperatures in this part of Ecuador are normally expected to be between 80 and 90 degrees Fahrenheit. 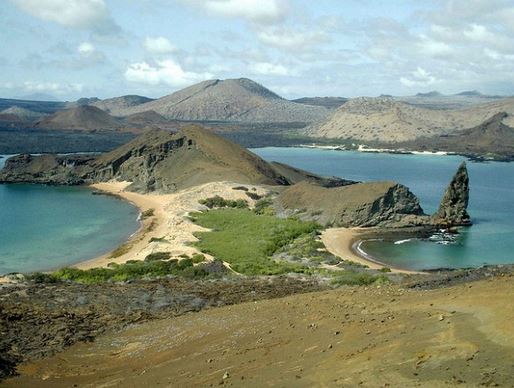 When you hear about the Galapagos Islands, you probably think about their connection to Charles Darwin. All those years ago, Darwin chose to do so much of his research on the islands because of the large variety of unique species that make their home on the island. Today, the island is still home to that impressive variety of species, and the island is visited by a large number of people every year who want to experience it for themselves.

If you’re planning a trip to the Galapagos Islands, the climate you find there might surprise you. The group of islands sit almost right on the equator, and as such we expect it to be a very hot and humid place. However, this isn’t the case! The cool waters of the Pacific Ocean stop the island from getting too hot, and the climate here is actually very pleasant.

The climate in this part of Ecuador is made up of low rainfall and almost no extremes. The average yearly temperature ranges between 66 and 90 degrees Fahrenheit.

Which climate is right for you?

With four very different micro climates within Ecuador, it can be difficult to decide which one is right for you. Whether you’re deciding which part of Ecuador to visit for a holiday, or whether you’re thinking about settling here for a longer period of time: it’s really important to bear these climates in mind.

However long you plan to stay in Ecuador, climate will have a big impact on your daily life here. It’s important to research this fully before you commit to a region. You may love the sound of the tropical weather in the coastal and rainforest regions of the country, or the spring-like climate of the highlands might be more your thing.

Whichever area you decide is right for you, you can be sure you will have a great time. Ecuador is a country with people and cultures as diverse as its weather, and there are many experiences and adventures to be had there.

And if you get tired of the climate wherever you are? Don’t worry. There’s an old Ecuadorian adage that it’s possible to experience all four seasons in the country in the space of a day: so you won’t be stuck with it for long!

This article is courtesy of Josh at www.vivatropical.com.